Stan Lee to Cameo in Oscars ‘In Memoriam’ Montage 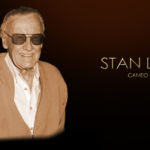 Stan Lee will finally be recognized by the Academy Awards, as the legendary comic book creator is set to make a surprise cameo appearance during this year’s Oscars In Memoriam montage.

Inside Marvel sources confirmed that Lee, who is known in the film world for his eccentric cameos across countless superhero movies, will be delighting fans once again with another unforgettable appearance to celebrate his accomplishments in the film industry.

While details on his role remain scarce, observant Marvel fans may be able to suss out a few clues. When pressed about the nature of Lee’s role, Marvel Studios president Kevin Feige gave fans a typically cryptic hint: “He’s dead.”

Is this confirmation that Lee’s MCU character was one of the victims of Thanos’ snap that wiped out half the universe’s population in Avengers: Infinity War? Will we finally get a glimpse at the inside of the soul stone? Or will we see a younger, more lively Lee to promote the upcoming 90’s-set Captain Marvel?

While Marvel declined to comment on what movie Stan Lee “will return” in next, MCU fans will certainly be watching April’s Avengers: Endgame closer than ever now. If Captain America and his team can successfully reverse Thanos’ actions, we may be seeing a lot more Stan Lee cameos over the next decade!

We’ve launched a brand new podcast network. Check out the newest episode of the Hard Drive podcast where we watch and discuss every episode of 1989’s The Super Mario Bros. Super Show!

The post Stan Lee to Cameo in Oscars ‘In Memoriam’ Montage appeared first on The Hard Times.